After making his way in radio, Bob returned to the Specs Howard School where he served first as an instructor, before working his way up to become the Director of Education. Bob was a influential and respected member of the staff for over 25 years by the time he retired in 2016.

We asked Bob to tell us about his personal history with the school. In this piece, he discusses what first brought him to the Specs Howard School and what things were like when he attended: 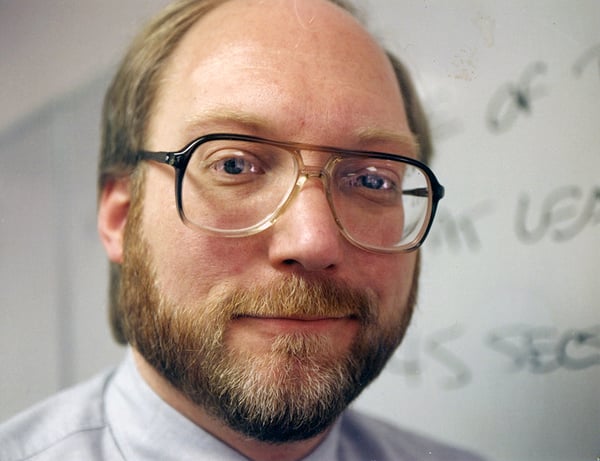 "Almost ten years before I was an instructor at Specs, I was a student at Specs. I was working for the Department of Public Works in Rochester, Michigan in the summer of 1980 at my usual post: the cemetery. Now, I liked working outside, for the most part, and I took a lot of pride in my work. After all, I had relatives there. But one day I was looking at the rows of grave markers when it hit me that I needed to do something else. I had a degree from Michigan State; I should use that. So, what to do? I asked myself what kind of job would make getting up in the morning something to look forward to? Something involving music…. not making it – playing it. On the radio. Where should I go to get prepared for a career in radio?

The Specs Howard School of Broadcast Arts, of course.

Back then, the program was six months long. I continued to work for the City and, in the middle of August, enrolled in night classes. In order to get to class on time, which was 6:00 P.M., I had to leave right from work. My challenge was to clean up adequately from whatever I did that day so as not to offend my fellow classmates. I packed a sandwich in the morning and enjoyed "dinner" while driving to Southfield.

The school was located in a portion of the lower level of a building at Eight Mile Road and Northland Drive. I recall Bell Telephone occupied several of the upper floors. It seems there was also a dress shop of some sort and other businesses. So, the space the school occupied was, uh – small. Classrooms were small, the main hallway leading to the audio labs was small, you couldn't walk past someone without turning your shoulders slightly or else you'd knock each other into the walls. The only vending machine was a coffee machine. I don't remember what it cost for a cup of that stuff, but I do remember whatever it was, it was too much!

There were about 20 members of the class of P-8-80. It felt like a "club" to me – a group of individuals who had all found this place where special skills were taught. News writing, commercial copywriting, how to say "W" properly (yes it matters). We were taught by Tom Profit, Dick Kernen, Dr. Bill Kennedy, Bill Jones, Bernie Rabine, Jim Bell, and even Specs himself. He came in one night to do the "tongue-twisters." We had to stand up and give our rendition of "Tweedle Beetles” and the classic "she sells seashells by the sea shore." I can barely type it let alone say it – and to do it for the guy whose name is on all of the letterhead, who, along with Harry Martin, was a legend in Cleveland before coming to Detroit! I don't recall being very successful that evening.

One of my lab partners was Robert Scott. We're still in touch after all these years. And after almost ten years and four different radio gigs, I had the good fortune to work alongside some of my former instructors and mentors, and the privilege of standing in front of groups of students, leading them through news writing, copywriting, and how to say "W" correctly." 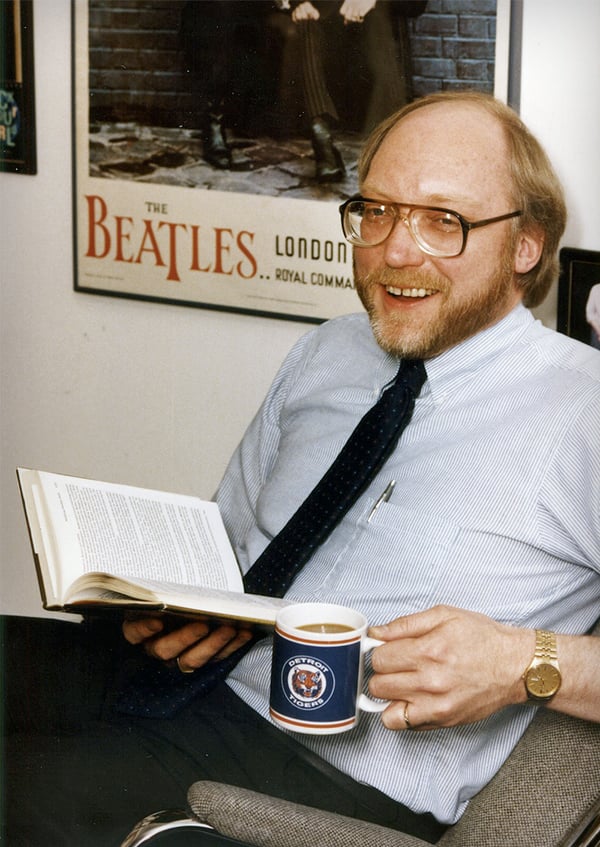 Be sure to subscribe to our blog to keep with all our posts leading up to the 50th anniversary of the Specs Howard School of Media Arts, including more posts telling Bob Palmateer's story!