David Manheimer started working in Detroit radio at the age of 15. He was hired by classical station WDTM because he could properly pronounce the names of the composers.

He quickly moved to WYSI in Ypsilanti, then, as “Dave Mann,” to WAAM and WTAC in Flint. He was only 21 in 1965 when he began a 10-year run at WXYZ in Detroit, spinning the hits as “Johnny Randall.” On the air in those days, he was in the company of Dick Purtan, Soupy Sales, Lee Alan, Joel Sebastian, Scott Regan, and of course Specs Howard.

Manheimer/Randall met Specs when they were both at WXYZ. Manheimer became one of the first instructors at the new Specs Howard School of Broadcast Arts in the early 1970s. Then, after spending nearly 20 years in California, he returned to the school in 1991 to serve as Admissions/Marketing Director for three years.

Manheimer now enjoys retirement in Grand Rapids, traveling as much as possible with his wife Norma Jean.

We asked David Manheimer about his experience with, and memories regarding, the school, and this is what he told us: 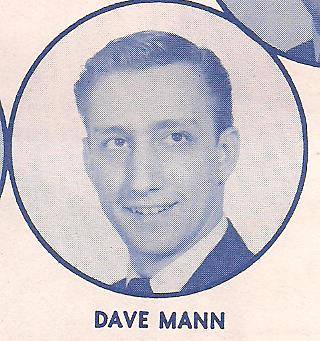 We have to go back to when there was no school. In the late 60s, Specs was doing the morning show on WXYZ with Harry Martin in Detroit. They had come from Cleveland where they were number one – they were hugely popular, but were struggling in Detroit. I was working on WXYZ’s FM station, and around this time they asked me to go onto the AM station (AM was much bigger than FM in those days). I had always wanted to work at WXYZ-AM, and a couple weeks after I got there they changed the format to up-tempo, easy listening music, which I hated.

In the meantime, Lee Alan, who had been the successful evening DJ at the station, was fired, and he decided that he would open up a broadcast school, which was a great idea because his name was so big. He opened the school in a former saddlery shop on Schoolcraft Road, and I’ll always remember that the file cabinet was in the oven of the stove in the back.

I was spending some time teaching at the school, and Lee had told me that he wanted to sell the school and do more in the advertising business. Specs had left WXYZ, and one day I was at his house picking up his daughter Shelli, who was our babysitter. I said to Specs, “You know Lee Alan wants to sell his school.” They were doing OK, but didn’t have many students.

Specs called Lee and decided to buy the school. Back then, the school was not much; he paid a lot of money for something that would probably never last – no job placement, no education requirements or standards – it was basically just a course that Lee wrote and that the instructor improvised upon. Basically, we examined a radio station and took it apart. We explained what a radio station was, what production was, explained engineering, commercial traffic, what a newscast was for, what a sportscast was for. It was all, “I talk, they listen,” – very little hands-on stuff. The emphasis was on understanding the structure; there was very little studio or equipment, and very little emphasis on job placement.

One of the smart things that Specs brought to the school early on when he bought it, was that he began to talk to the industry and say to them, “When somebody comes to you and wants a job in your radio station, what do you want them to know? What should they be able to do?” So he designed his school around what the employment market demanded. 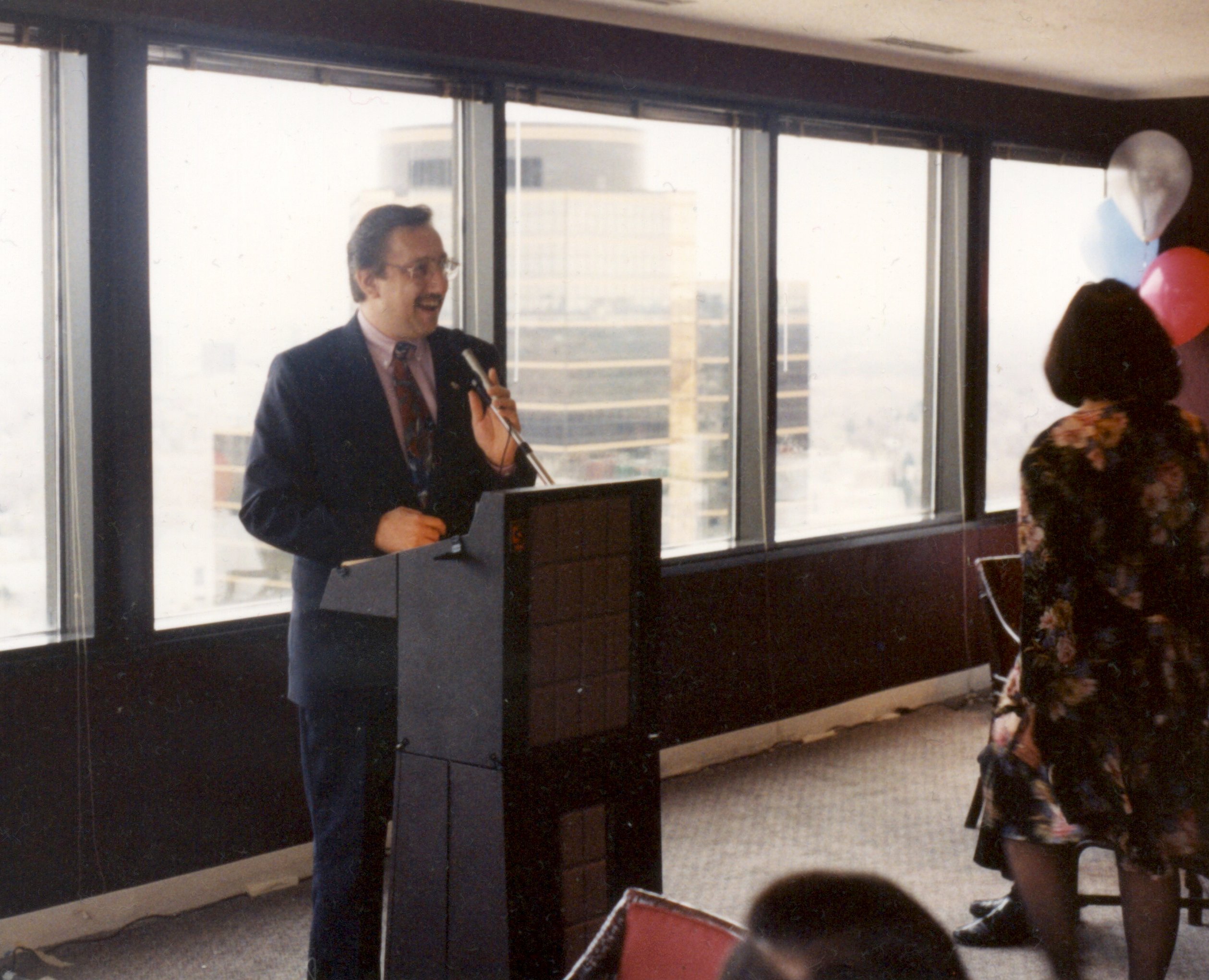 Specs wasn’t afraid to take chances, and he wasn’t afraid to spend money on equipment that was then, and is now, quite expensive. In order to do it right, he wanted the student’s experience to be real – to be exactly as it is in the business. If you think about the number of lives he’s influenced, it’s staggering.

In the early days, though, we didn’t have a lot of graduates to point to. I remember always calling Joe Wade Formicola in – he was our go-to guy to talk to the students and at graduations. But it was good stuff; Joey would come in and tell them the truth. He’d say, “I came to the school, I learned how to do it, I’m on the radio. If you want to do it, you have to come to the school, do what they say, don’t ask them why – just do it, and you can be on the radio, too.”

It’s important to understand that this school as we know it today originated in Specs’ mind and his heart. It was always about, “What is the best thing for the student?” Not the best thing for him, not the best thing for his staff, but, “What will make these students successful? What do they need to know?” And not just what will allow them to get hired, but what will make them successful in the big picture in the business. How can we equip them so they will win? And his reasons were basic business – the more people he placed, the more people who knew what they were doing because they were graduates of his school, the more the school would gain credibility. He could then tell prospective students, “This guy, this guy, this guy and this guy, are all graduates of the school.” Graduates would visit the school and talk to the students about what the business was really about, and why you needed to do this training and to understand that your dreams are really possible. 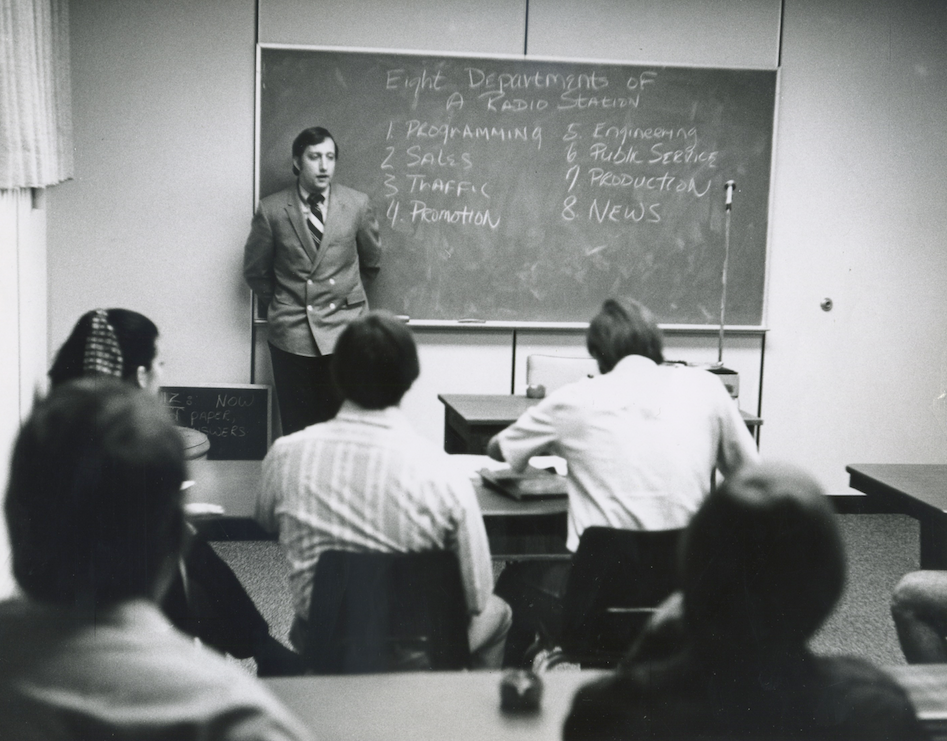 I would tell the students, “If you want to do this, it has to consume you. You have to pretend you’re on the radio until you’re on the radio. You have to think about it, dream about it, listen to it, figure out why they do what they do." Radio was a big deal in the 60s and the 70s – a huge force – and young students could be taught by industry professionals in Detroit – Motown! Though he had left WXYZ and wasn’t the biggest name in town, he stayed in Detroit and willed the school into existence. As the Lee Alan school, it had a huge name attached to it. The Specs Howard School needed credibility if it was going to survive. And the way it got credibility, in my opinion, was to prepare people for the reality of the business, better than anyone else.

After a long stint in California, I returned to the school in 1991 to work in admissions, and it was a whole new ball game – no longer loose and freewheeling and flying by the seat of our pants. It had gone from a little school in a saddlery shop to a nationally-accredited well-oiled machine. It was a real legit business. It had a great job placement track record. It wasn’t just radio; it became television, production, etc. The school just kept “taking the next step” for whatever you wanted to do, or, if you didn’t know what you wanted to do in the business, it could show you all kinds of possibilities. 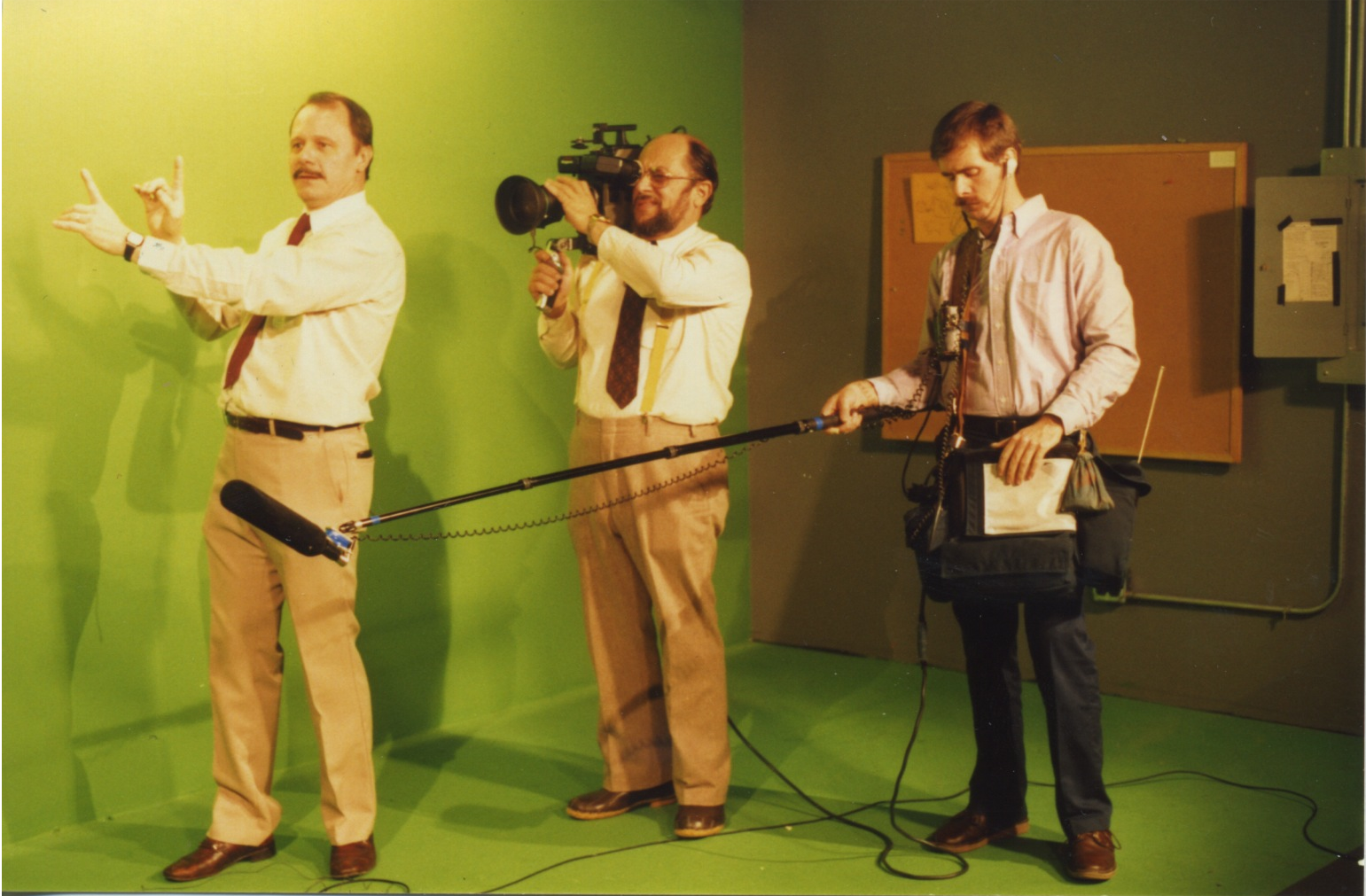 Specs always had a habit of hiring some really good folks, not the least of which was Dick Kernen, who, just like the school, didn’t quite understand the shape or the function of what was to come, because nothing like it had existed until it evolved at Specs. Please don’t tell Dick I said this, but he became invaluable, and invented his job, which benefited him, and unquestionably benefited the school. Some others who made a difference are Tom Profit, Jim Bell, Nancy Shiner, Bob Palmateer, Sally Ryan, Audrey Blanzy and so many others.

So, the Specs Howard School today is the product of 50 years of figuring out what makes someone successful in this industry, and explaining it in a way that people can absorb it and understand it, and do it. And it has changed as the industry changed, from a world with four TV choices and mostly local radio, to the multitude of entertainment offerings available today on so many platforms. As the market has gone through changes, the school has gone through changes with it – from a little school teaching radio, as the Specs Howard School of Broadcast Arts, to [preparing students for] television, cable, YouTube and other outlets, as the Specs Howard School of Media Arts. And the continued great job placement rates prove that they’re putting out a good product. Graduates always come back to visit the school, they always smile, they always want to see Specs, they want to visit with Dick and the other faculty.

I never expected that this little thing that he bought, and I’m sure paid way too much money for, could become such a success. He did it through sheer determination and stubbornness, insisting that the school make people successful, because that’s what they paid him money for. I think that Specs has lived an amazing life, he’s always been there for me whenever I needed him, and I’m glad that, in some way, I had something to do with the success of the school.