Careers in Radio Broadcasting are DEAD!

I read articles every day filled with gloom and doom about "radio's dead" and marvel at how often I've heard this over the last 50 plus years I've been involved with it.  Well, lemme tell ya some radio history. 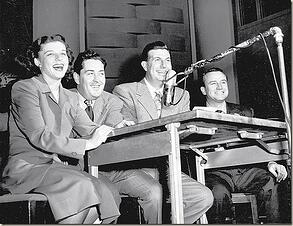 When I got my first job at a radio station, it played Soap Operas and started every day with a show called "The Breakfast Club".  It was both an AM and an FM and the FM had it's own staff and programming.

Unfortunately, this new thing called "TV" came along and co-opted all the programming styles that radio had been doing for the previous 30 years or so.  That would be cop shows, talent shows, doctor shows and dramas.  The audience.... and no surprise...the advertisers bailed on radio.   After two years in the U.S. Navy, I returned and got my old job back at a completely different (same call letters) station.  Radio was over, so I was told.  The first thing that went away was separate FM programming.  The FM station simply simulcast what we were doing on the AM which was able to cover 3 to 4 hours at a time by having guys (God forbid women being "on the air") playing music, assisted by guys like me spinning "records" for them.  To the surprise of everyone including the owners of stations, these guys called DJs became very popular with young people who loved "Rock n Roll" music, and slowly but surely, the advertisers started buying commercials again.  RADIO ROSE FROM THE DEAD!  By the mid 1960s radio was doing just fine thanks and then, the Federal Communications Commission 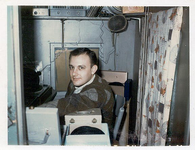 (FCC) did a survey to discover that thousands of FM licenses that had been awarded to broadcasters were simply repeating what their AM sisters were doing.  As a result they issued regulations that said either do separate programming on your FM stations, or send the license back and we'll give to someone else.  Radio folk had a cow.  Why are you forcing us to hire an entirely new staff for stations that almost no one can listen to???  Indeed, there were no FM radios in cars, and the only home receivers were in big pieces of furniture called "Hi-Fi's" which usually had built in turntables for those records...and of course there was little, if any alternative radio programing being done.   Having no choice- most owners reluctantly installed automation units, which were pretty lame alternatives to AM.  However, some stations began to do what was called "Underground" rock.  They played songs that the AM stations wouldn't touch and the on-air talent were very "laid back" and talked about what was happening in the world instead of screaming "time & temp".   Please note that the 60's were all about stuff nobody wanted to talk about.  The Viet Nam war...the burgeoning civil rights movement...and also this outrageous thing called "Feminism".  Once again, radio came alive with young people, both on-air and more importantly, as listeners and over time the advertisers 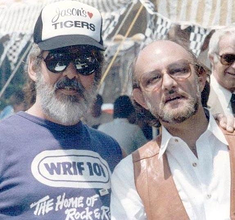 .   Radio enjoyed great popularity until AUTOMAKERS INSTALLED CASSETTE PLAYERS in cars!!!!  OMG, who's going to listen to radio when they can put all their favorite songs on cassettes????  Once again...it's all over for radio...except, it wasn't.  And then came even worse news to FM radio, the birth of SATELLITE RADIO.  Hundreds of "channels" each playing exclusively rock, urban, country, top 40, jazz, classical, comedy etc. etc. etc.!!!  Who's gonna listen to radio??? And now we have Pandora, Spotify, internet "stations" and who knows what's next?    Well I don't know any more than I ever have.... but I know radio will survive.  There's a very trite saying...but like most...it's true that is "Content is King".....and what I am sure of, is that the change will come from young people...just like every time before.  Hope you are part of the fun.- Dick