After making his way in radio, Bob returned to the Specs Howard School where he served first as an instructor, before working his way up to become the Director of Education. Bob was a influential and respected member of the staff for over 25 years by the time he retired in 2016.

We asked Bob to tell us about his personal history with the school. In this piece, he discusses what it was like teaching audio skills when he started teaching at the school.

I began teaching at Specs Howard in February of 1989. We still were teaching the fine art of cuing up a record, performing a slip-cue, dealing with "cue-burn," and recording on analog tape. Radio shows were skimmed on cassette, commercials were produced 1/4 inch wide recording tape, then put on a 5-inch reel-to-reel spool to be graded. Editing was done with a splicing block and a razor blade and a lot of ah... commitment. I don't remember what we used to play audio tapes on before these came along. We must've used something, each radio instructor had something to use in their office. But I do remember when the ol' 3M Wollensack reel-to-reel machines came along sometime in the early '90's. They looked like this:

I mean, really, they looked like this. They had a satisfying "ka-chunk!" when the play button was pressed. So, the school was in need of some reel to reel machines. One of my colleagues and fellow radio instructor, the late Jim Dunn, had a connection in the audio/visual department at Wayne State University. I don't recall who called who first, but Wayne State was looking to unload a bunch of these beauties. Now, these machines hail from the 1960's, so they have been really USED A LOT at Wayne State. But, they were cheap (25 dollars a piece I think) and how many would you like? So, Jim and I took a ride to Wayne State and loaded up I don't know how many... 15? 20? We brought them back to the school, which was at 8 mile and Northland Drive, and stacked them into a closet. We found some that were dead-on-arrival, some worked for two days, two weeks, and some worked for quite a long time before deciding being abused for 35 years was quite enough and hit the rewind button for the last time. When the one you were using died, you went to the closet and got another one.

So in production class, there was a dedicated editing exercise where you had a newscast loaded with mistakes and stumbles and the students were asked to "clean it up" and make it sound correct. As I mentioned, commercial production was also done on reel-to-reel and the final product was turned in loaded on a 5-inch reel. Grading these required threading each one onto the machine pictured, and hitting "play." And at the end, it was rewound, taken off the machine, put back in the tape box, and then each tape wound up in the "class box" to be returned.

So, to make an edit on audio tape, everyone had to use one of these:

I don't think scissors were used at all, it was a straight-razor blade. You also needed a china marker, also known as a grease pencil, to mark where the slice would happen, splicing tape so when you did make the cut, and removed the offending piece of tape, you could put things back together again. If you'd like to relive the experience or if you're reading this and just shaking your head like 'what is he talking about?' then check this out: https://www.youtube.com/watch?v=LXx2nq6dmpg 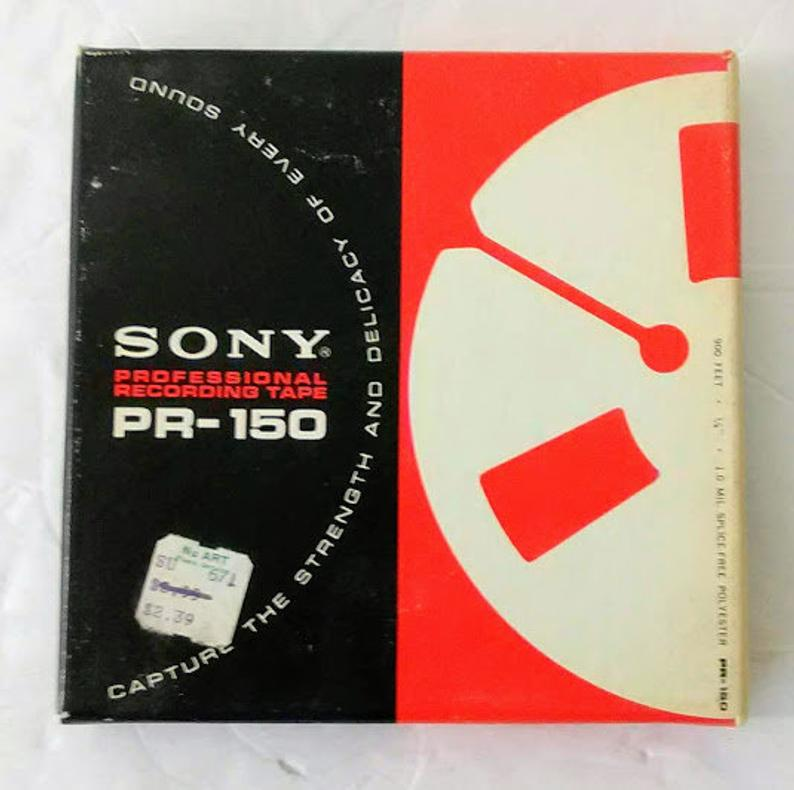 One of the challenges back in the day, was how to get the Wollensack, the "class-box" full of tapes, and attendance book all down to the classroom from my office, which was a fairly long trek. So, one day I discovered this tucked away in a storage room: 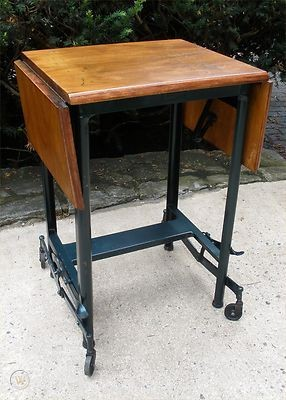 It had wheels, it had flip-up wings, it was perfect. Instead of a manual typewriter it carried a Wollensack. Tapes were played back in class, and that's how it was done.

I hope you enjoyed this little stroll back in time. A lot more "hands-on," literally. Running that razor blade through the tape meant you have made a decision. You made a commitment, not that it couldn't be undone, but it was DIFFICULT. I always appreciated Adobe and other software that offered a simple "undo" button, but missed the 'art' of editing audio tape.