Benjamin Makulski is a 2013 graduate of the Specs Howard School of Media Arts who is currently plying his trade as the video programmer and creative producer at HOMTV, the PEG channel in Meridian Township. 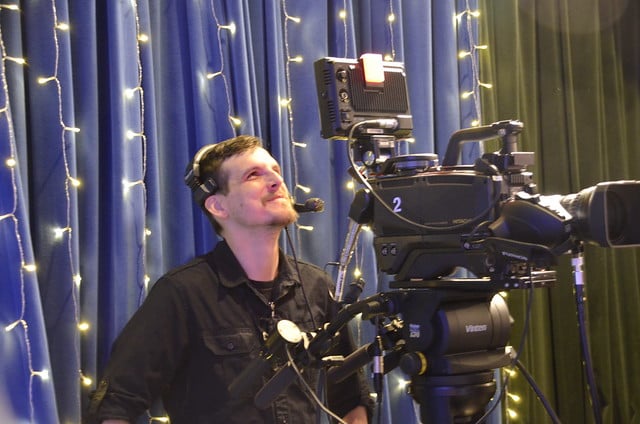 Benjamin had quite a few opportunities to gain more experience in the industry before landing his position at HOMTV. After Specs Howard, he started his career path as a part-time producer at JTV in Jackson. While there, he was responsible for helping to produce commercial spots as well as doing camera operation for high school sporting events in the area. It was during his time at JTV that Benjamin had an experience he considers one of the most memorable.

"At JTV I was able to help produce training videos for Prospect Airport Services at Metro Airport." Benjamin said. "I spent 5 hours filming everywhere in the airport, from the basement to the terminal and even on the tarmac. It was very cold out because we were shooting in January, so the cameras were having battery issues, but we got what we needed and were able to turn the project over to the client by the deadline." Benjamin remembers this project specifically for the difficulties they faced in producing it. They were crunched for time, covering a wide physical area with cumbersome gear, and dealing with weather issues. Despite this, him and his team were able to overcome and get the piece produced successfully, which helped Benjamin realize how capable he was in his chosen career field. 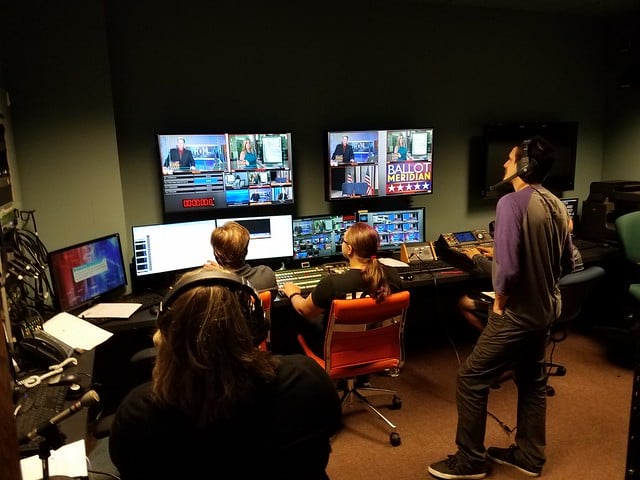 After working at JTV, Benjamin took a position at 97.1 The Ticket in Detroit as the producer for the video webcast version of the Valentine and Foster Show. Keeping with his developed experience in sports broadcasting, Benjamin then moved to CTN Ann Arbor where he was once again producing high school sports content as well as assisting in the creation of various PSAs for the community.

It was after this experience that Benjamin found himself able to move into his current position as video programmer and creative producer at HOMTV. His prior work with PSA development carried over, as he now creates these pieces for Meridian Township to air on HOMTV as well as social media sites. His job duties also include getting the stations various programs ready to air on HOMTV as well as online for on demand streaming, and he is responsible for the scheduling of the programs throughout the day. 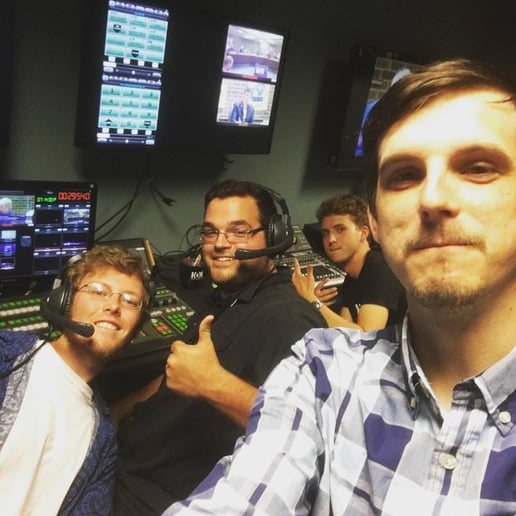 However, Benjamin finds the most rewarding part of his current position to be the overseeing of the creative internship track that HOMTV offers. In this position, Benjamin is responsible for training interns in the art of television production. He is able to take his wide range of experiences and use them as fuel to teach future generations of creators how to create compelling PSAs and short documentaries. But Benjamin is not unappreciative of the fact that sometimes these interns have things to teach him as well. In his own words, his favorite part of his career is "Training another generation of people interested in the art of television and digital production, and learning from them about new techniques and technologies that I haven’t been exposed to yet." It's this symbiotic exchange of knowledge and ideas that Benjamin finds most rewarding about in his day to day life at HOMTV.

Benjamin also operates his own independent video production company, Benjammin' Media, where he performs freelance work for a number of clients, primarily specializing in wedding videography.