Mark Frankhouse spent the start of the new millennia working in a number of different restaurants as a cook. In 2011 he decided that, while cooking was entertaining enough, it was time for a change of scenery. Mark had always seen himself as a talker and as a person that loves to entertain, so with this in mind he decided to attend the Specs Howard School of Media Arts to pursue a career in broadcast media. 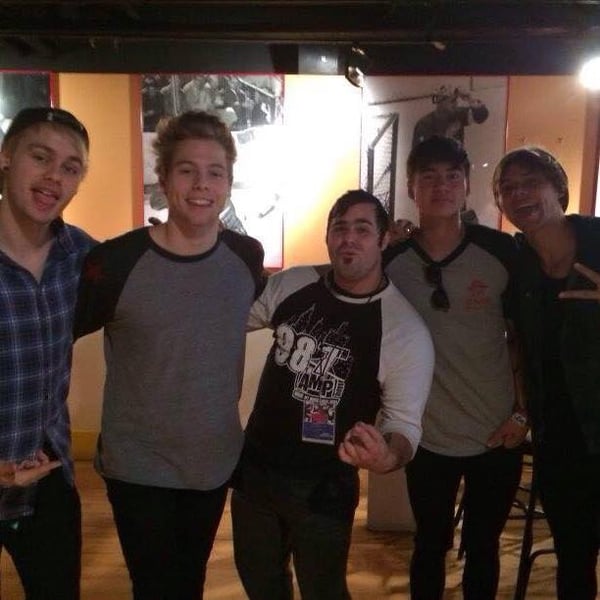 Mark graduated from Specs Howard in 2012, and a few months after graduation a former classmate of his made him aware of an internship opportunity working on the morning show at 98.7 AMP radio. He got the internship and worked diligently during his time there, keeping in mind the lessons of punctuality and clear communication he had learned from his time at Specs Howard. His hard work paid off roughly half a year after his internship ended when the same station found themselves in need of a co-host and on-air producer for their evening show. Remembering Mark’s dedication, strong work ethic, and positive attitude, the station reached out to see if he would be interested in interviewing for the position. He was, and so he met with the show’s program director and both individuals could instantly see how well Mark would fit into the position being offered. He understood that they weren’t looking for a lone wolf radio personality, they were interested in a finding a team player who could help pull together the pieces and present a stronger show than they currently had. Meeting the host of the night time program only furthered the feeling of being in the right place as again Mark found himself feeling that instant chemistry. 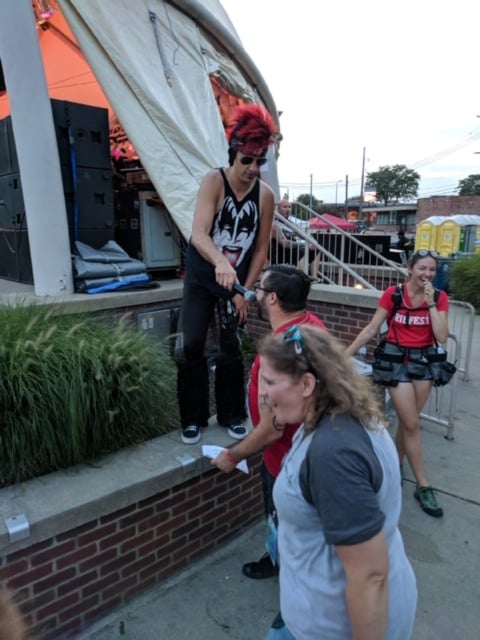 Starting off, Mark found himself feeling a little overwhelmed in his new position. Not in the sense that he was stressed by the workload or didn’t think he could handle it, but more so by the thrill and excitement of finally reaching a place he had been working towards. His internship had introduced him to the world of radio, but then things fell off for a few months, then suddenly this opportunity shows up. He vividly remembers standing on stage at the Fillmore Detroit, a venue he had grown up seeing performances at, in front of a sold out crowd as an ‘I’ve made it’ moment. 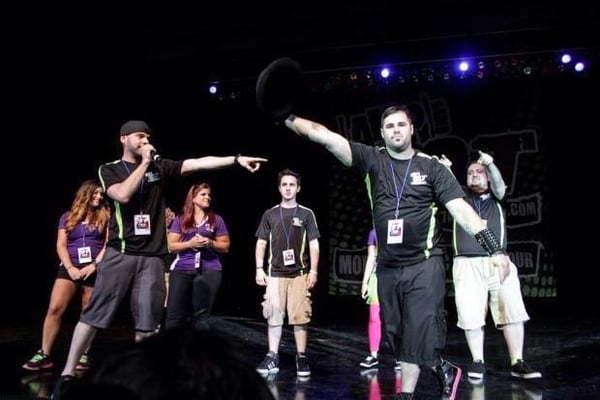 After two years as a part of that team, Mark’s current co-host had another opportunity arise that he decided to follow. A new co-host was brought on, but it quickly became apparent that while the two could work together, the relationship just wasn’t as naturally synergistic. Mark took this as a chance to branch out into work on his solo hosting career, a decision his program director fully supported. He continued to work there for another two years but eventually came to feel that he had hit the ceiling of what could be offered by his current position.

Once again through a connection he had made while attending Specs Howard, Mark became aware of an opportunity across the state in Kalamazoo. Seeing it as a chance to move past the barriers he was feeling in Detroit, he applied, interviewed, and was quickly hired. Currently he holds positions as midday host on 103.3 WKFR and night host on 104.9 The Edge. Additionally he manages the social media and digital accounts for both of those stations. These additional duties include blogging, social media postings, email blasts, and managing the alerts for each stations smart phone application.