Lets be honest.  No matter how much you learn in school

about a trade, youre going to need to learn more.  This is true for any industry, but especially film and video.  In this industry changes occur rapidly: technology advances; new standards are created; new products emerge.  It can be difficult to keep up, but keeping up is vital to success.

Your education must continue beyond the classroom, and

you will need to seek out new teachers.  Luckily there are many educational websites out there which feature tutorials, gear reviews, and examples of professional work.  Below is a list of five websites which consistently publish insightful and educational material about the film and video industry. 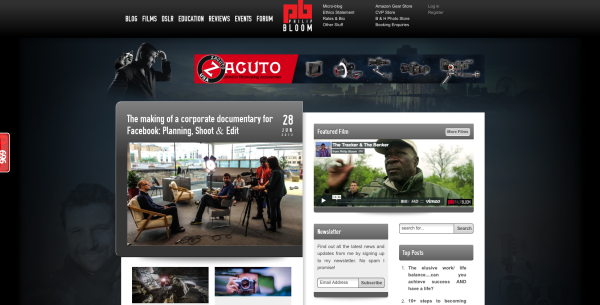 Philip Bloom is one of the most comprehensive writers on the subject of film and video, and his website if full of great material.  He is arguably best known for being one of the early adopters of using DSLR cameras for video and he writes extensively on this subject.  Not only does he write at length about new gear and his production process, but he expounds upon the personal details of being a freelance filmmaker - not just about the excitement of traveling the world shooting for high profile clients, but also about the negative impact of work obligations on his social and family life.  He often posts examples of his work, including finished products and illuminating behind the scenes videos.  His website offers a plethora of frank articles written by someone who understands more than just the technical side of the business. 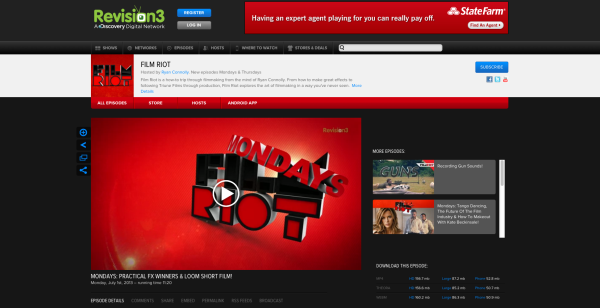 What do you get when you mix sketch comedy, filmmaking tutorials, and a passion for storytelling?  Film Riot, the web-based show which independent filmmaker Ryan Connolly has been consistently producing for several years.  Each episode of Film Riot deconstructs a filmmaking technique and puts it into terms that even a novice filmmaker can understand.  Many of the tutorials are built around short comedic sketches, making the show not just educational, but incredibly entertaining.  With a new episode produced every week and an archive of nearly 300 episodes, Film Riot is a great resource for the independent filmmaker. 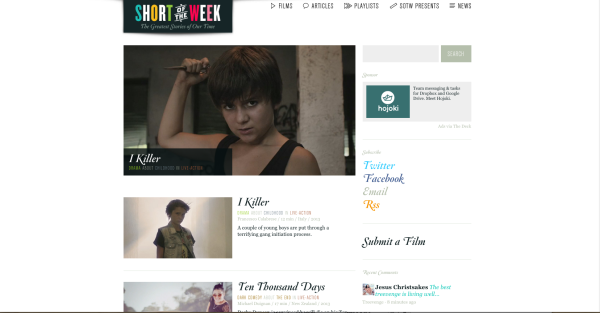 If you want to make great films, you need to watch great films, and while it can be tempting to search Youtube for examples of professional work, it often requires sifting through all the amateur submissions in order to find the diamond in the rough.  Luckily, Short of the Week does the sifting for you.  This site features a curated assortment of excellent short films along with insightful information on each films conception and production.  It features both live action and animated films from many genres, and archived films are searchable by genre, topics and style, making this a simple and organized resource. 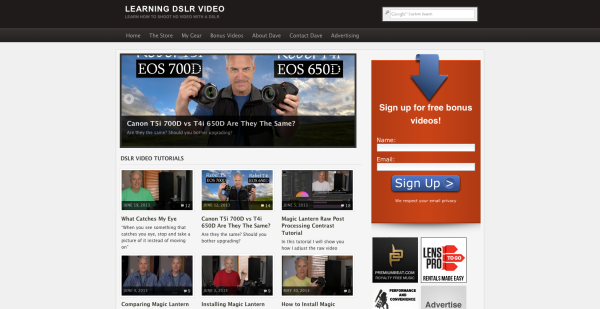 This website is maintained by Dave Dugdale, a self-proclaimed advanced amateur, who invites you along for the ride as he explores the world of DSLR videography.  His humble approach to sharing his successes and failures is inviting for novice filmmakers, making the subject matter inviting to just about anyone.  Most of his submissions are product reviews and comparisons, in which he takes an in-depth look at the functions and usefulness of new equipment. 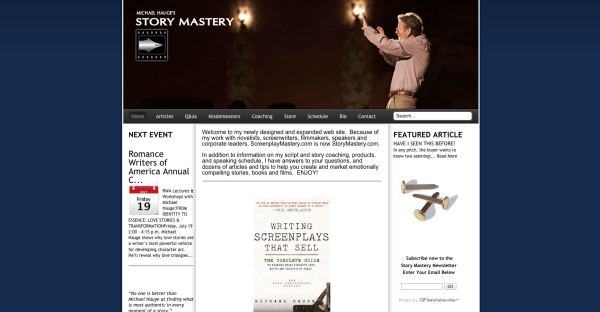 With all the equipment involved in making a film or television show, its easy to forget that the main goal of the production is simply to tell a story.  All the fancy gear in the world wont help you if you dont first have a well conceived story to tell.  This is where a website like Story Mastery is helpful.  The site was created by author and script consultant Michael Hauge, who discusses successful screenwriting techniques in well-written concise articles.  The articles range in subject from understanding plot structure to submitting a finished screenplay.  The website is not as searchable as others, but the content more than makes up for this limitation.

In summary, its important to keep learning and to learn from successful people.  Youll surely teach yourself a lot in this business through trial and error, but there are passionate filmmakers out there who are generous with their knowledge.  The internet makes it so easy to advance your skills; find a few mentors, adopt some of their techniques, and be open to what they have to say.  Remember, its up to you to continue your education.

Matt Winne is a Digital Media Arts Instructor at the Specs Howard School of Media Arts.  He enjoys sharing his diverse industry experience with his students and seeing them learn from their own experiences.  He is a former Peace Corps volunteer and a graduate of both Grand Valley State University and Specs Howard.  Outside of the classroom, Matt enjoys making his own films, being active outdoors, and traveling.