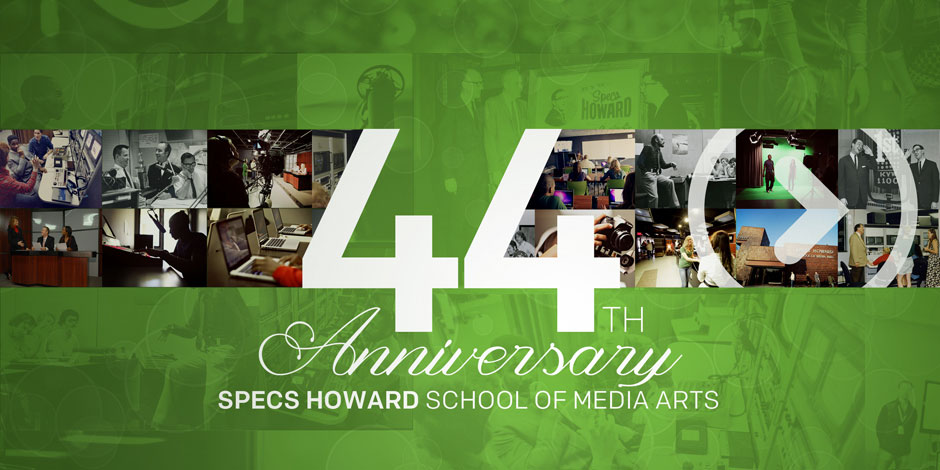 Since January 14th, 1970, there has been tremendous growth not only here at Specs Howard but also in the media industry. While we were just opening our doors in 1970, PBS and NPR were just opening their doors to the media world as well. In 1976, cable television was first went live. Shortly after that, we added our first television studio in 1981. That was also the year that MTV first aired playing “Video Killed the Radio Star” as their first song. The 90’s brought us the digital age. The first professional digital camera system and in home internet access was brought to life in the early 90’s. Naturally, in 1994 the school added non-linear digital video editing to it's curriculum. In 2003, the Adobe Creative Suite was founded, so in 2008 we added the Graphic Design Program.

Specs Howard School is a private career school that takes an active interest in every student's individual development. All faculty members have received college degrees in their areas of expertise and/or have worked extensively in their field.

Since the time that Mr. Howard first opened the school in 1970, our students have been preparing for careers in the media through a practical, hands-on approach. Over the years, we have adapted our curriculum in response to the tremendous growth in the industries for which we train. One thing that has not changed is the practical, hands-on, "real-world" approach to learning.

Take a look at some of Specs Howard School of Media Arts biggest milestones over the last 44 years.

Due to the demand for graphic and web design professionals, Specs Howard adds the Graphic Design program.

In response to increasing demand for web-based media professionals, the Digital Media Arts program is introduced.

Specs Howard School converts all curriculum to 12-month blended learning programs that combine 2 days a week in the classroom with weekly online components.

As you can see, Specs Howard School of Media Arts is always growing as the media indsutry evolves. Click on the link below to view a timeline of the school. 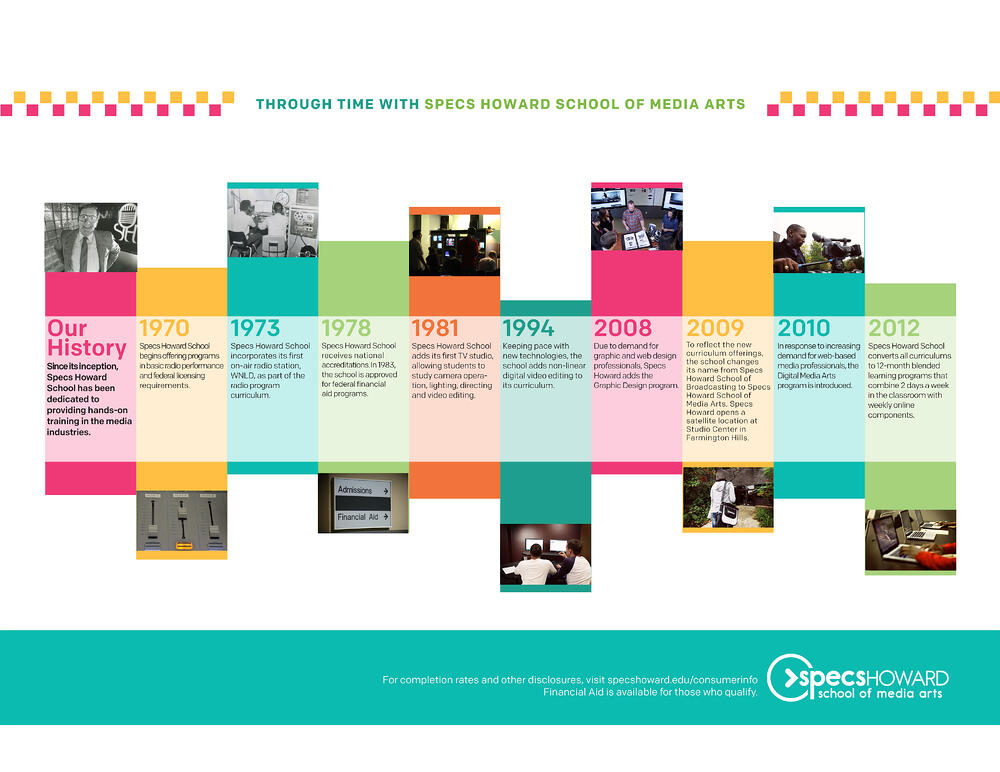